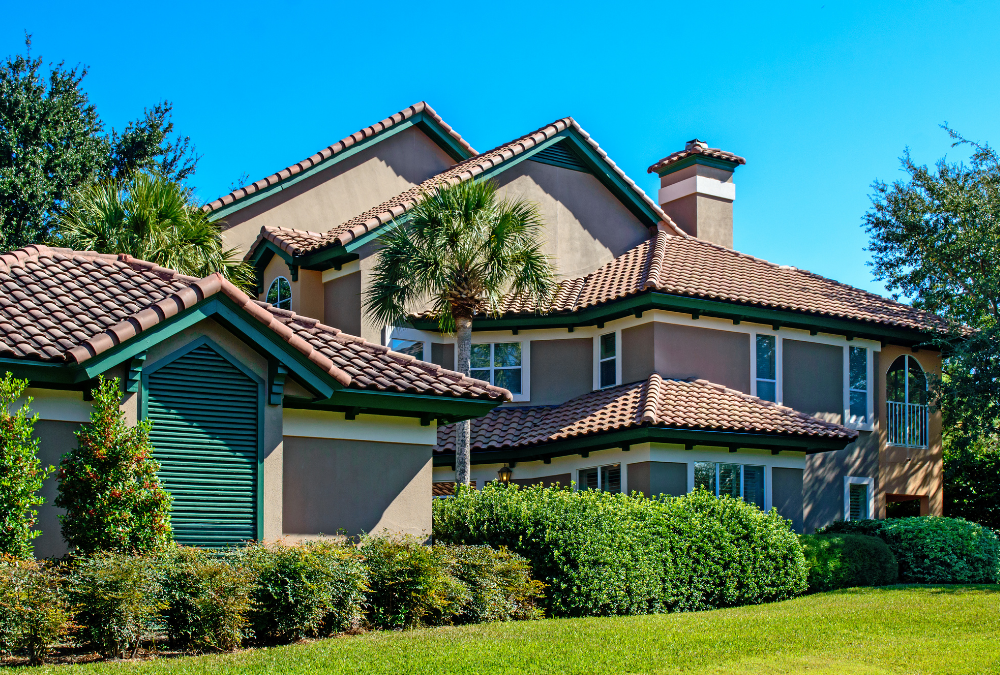 Goodwin Realty & Associates: A Key To Building Wealth Is Homeownership

The link between financial security and homeownership is especially important today as inflation rises.  But many people may not realize just how much owning a home contributes to your overall net worth. As Leslie Rouda Smith, President of the National Association of Realtors (NAR), says:

“Homeownership is rewarding in so many ways and can serve as a vital component in achieving financial stability.”

Here are just a few reasons why, if you’re looking to increase your financial stability, homeownership is a worthwhile goal.

Owning a Home Is a Building Block for Financial Success

A recent NAR report details several homeownership trends and statistics, including the difference in net worth between homeowners and renters. It finds:

To put that into perspective, the average homeowner’s net worth is roughly 40 times that of a renter (see visual below):

The results from this report show that owning a home is a key piece to the puzzle when building your overall net worth.

Equity Gains Can Substantially Boost a Homeowner’s Net Worth

The net worth gap between owners and renters exists in large part because homeowners build equity. As a homeowner, your equity grows as your home appreciates in value and you make your mortgage payments each month.

In other words, when you own your home, you have the benefit of your mortgage payment acting as a contribution to a forced savings account. And when you sell, any equity you’ve built up comes back to you. As a renter, you’ll never see a return on the money you pay out in rent every month.

To sum it up, NAR says it simply:

“Homeownership has always been an important way to build wealth.”

The gap between a homeowner’s net worth and a renter’s shows how truly foundational homeownership is to wealth-building. If you’re ready to start on your journey to homeownership, let’s connect today. 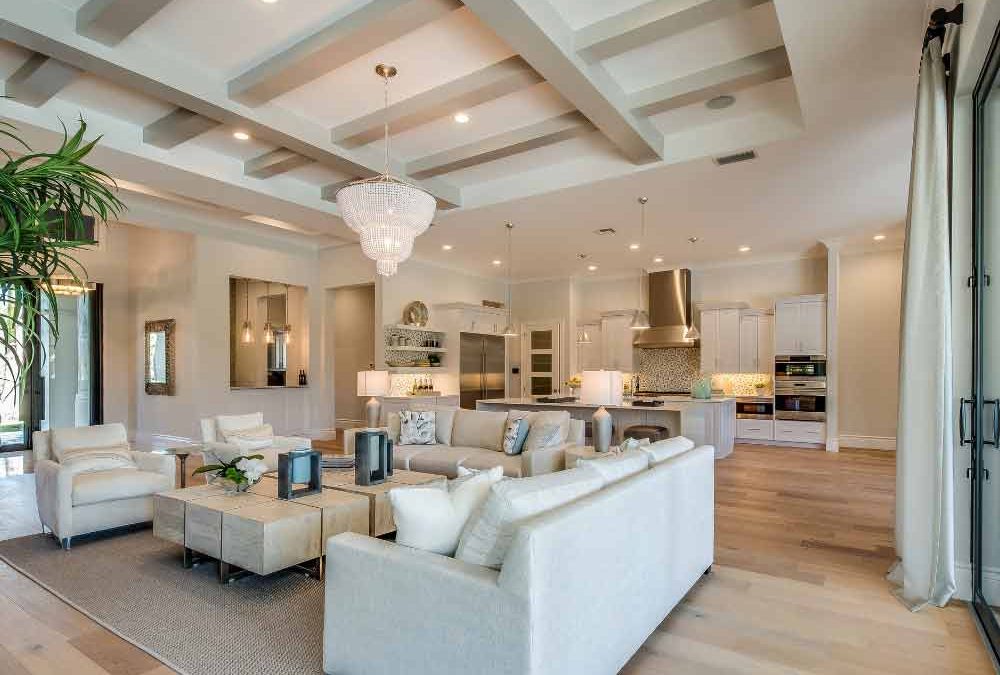 Home prices continue to rise as we move through the summer, and that’s good news for sellers who are looking to maximize their home’s potential. If you’re on the fence about whether to list your house now or later, the question you should really ask is: will this price appreciation last?

Here’s what three leading industry experts have to say about what lies ahead:

“At a broad level, home prices are in no danger of a decline due to tight inventory conditions, but I do expect prices to appreciate at a slower pace by the end of the year.”

“The imbalance between robust demand and dismal availability of for-sale homes has led to a continual bidding over asking prices, which reached record levels in recent months . . . . Nevertheless, with more new listings and new home construction, home price acceleration that has built momentum, and continues to reach new highs, will likely slow later this summer but remain in double digits.”

“Many sellers are going to take advantage of higher prices. This summer is going to signal the move to the next chapter, and this will very much be the year they’re going to put their home on the market.”

What It Means for You:

The experts agree that the summer months give sellers a great opportunity to capitalize on today’s home prices. And while prices aren’t expected to depreciate, the rise in prices is forecast to moderate over the next few years. That means selling your house today could set you up for a bigger win.

Listen to the experts. If you’re ready to make a move, let’s connect to discuss selling your house sooner rather than later so you can take advantage of today’s home price appreciation before it moderates. 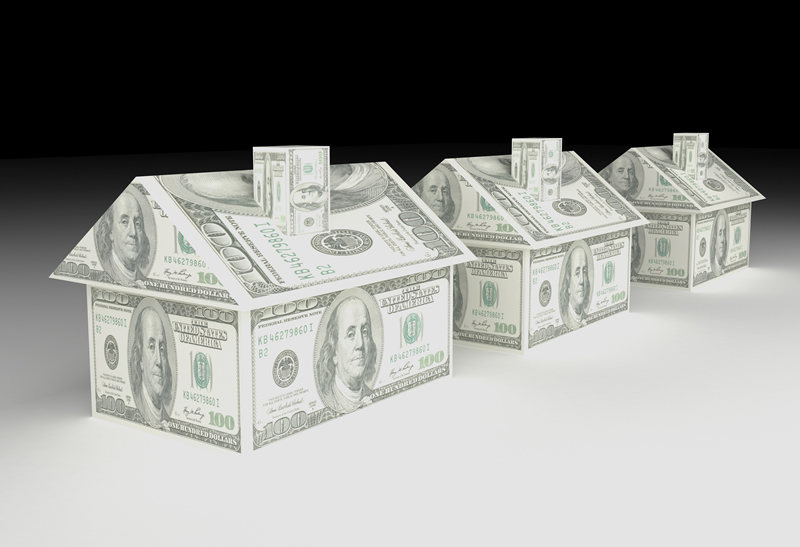 Let’s Look Back At The 2015 Florida Real Estate Market

In 2015, Florida’s real estate market faced changes big and small, good and not so good. Here are the most influential Florida real estate stories of 2015:

The market? It’s back
As a state famous for investment homes and international sales, Florida tends to be hit hard by recessions and blessed by economic booms. In 2015, it was the latter. According to Freddie Mac’s latest Multi-Indicator Market Index ­– a measurement of state and local markets’ strength – Florida’s real estate rebound led the nation, with Orlando the top U.S. rebound city. In the October 2015 housing report released by Florida Realtors, single-family home prices rose 12.4% year-to-year.

Time to buy – but what?
Homebuyer demand continues to rise from millennials to baby boomers, but there’s a problem: Buyers can’t find enough homes for sale. Overall, Florida’s tight inventory of for-sale homes last year (5.4-month supply in Oct. 2014) was below the six-month supply economists generally consider a balanced market – and it grew even tighter this year (4.4-month supply in Oct. 2015). Why? Some underwater owners still can’t sell; some boomers are staying put; and some investors scooped homes in the lower-price categories, leaving today’s first-time buyers struggling.

Mortgage process scrambled
Realtors knew the mortgage process inside and out until Oct. 3. On that day, almost everything changed as U.S. regulators rolled out a new set of borrower disclosures and rules. While the onus of the change fell on title companies and lenders that had to gut and redo software systems, Realtors had to understand the new disclosures and wrestle with locked-in-stone timelines that threatened closing dates. When the dust settled, however, the industry had adapted with only a little collateral damage.

Easy money. Well, easier anyway
Lenders’ purse strings loosened a bit in 2015 and more homebuyers discovered that they qualify. Mortgage-backers Fannie Mae and Freddie Mac introduced a number of buyer-friendly changes, such as mortgage downpayments as low as 3%. In addition, FHA lowered its mortgage insurance fees. To top it off, a number of banks eased their credit score requirements a bit, allowing more marginal borrowers to consider making the move to homeownership.

No trouble here
In the shadow of the recent real estate recession, a few local observers think that today’s rising home prices and limited inventory suggest that another real estate bubble could be forming. But experts shoot down the bubble theory, saying homes in only a few selected cities might be overvalued, and there’s no reason to panic. This time around, most loans are fixed rate, first-time buyer programs have increased the quality of purchasers, the economy is strengthening, and much of the recent rise in prices can be attributed to the construction industry’s inability to keep up with demand.

Condo can-do
For most of 2015, there was a disconnect between the home preferred by many first-time buyers – a condominium – and their ability to qualify for the most popular first-time buyers’ mortgage product: a Federal Housing Administration (FHA) loan. Since FHA first looks at the operation of a condo complex and its board, a rejection at that level means an automatic mortgage rejection for any unit in the complex. In November, however, FHA said it would relax its board rules, which should give buyers a new assortment of affordable options. Florida – with its range and diversity of condo projects – has the most to gain.

Let the 2016 games begin
In early 2015, Zillow completed its merger with Trulia, creating an online real estate advertising behemoth – and mega-provider News Corp took over Move Inc., the oversight company for realtor.com. But the story doesn’t end there. Consolidation is the watchword, and the battle heading into 2016 is “Who can offer the most real estate services in a one-stop shop?” The big players are rolling out transaction management programs, commercial real estate options, marketing programs and new technology that everyone needs – even if they don’t know it yet.

Make it simple
NAR and its wholly owned subsidiary, Realtors Property Resource (RPR), announced a new system for brokers’ data entry that could potentially simplify the business of selling real estate in 2016. Project Upstream/AMP (Advanced Multi-list Platform) is a behind-the-scenes tool to simplify listing data entry and distribution. Currently, a single listing may be keyed in several times for different purposes – for entry in the local MLS, other MLSs, the broker’s own website and one or more advertising websites, for example. Under Upstream/AMP, brokers will enter data only once. After that, MLSs and vendors that use the data will download the information from Upstream. NAR’s 2015 president calls it “an initiative that truly can be thought of as ‘game changing.'”

Drones on and on and on
For most of this year, only Realtors with a pilot’s license and FAA approval could legally fly a drone. However, that changed in December when the FAA issued a rule that opened up drone use to everyone – with limitations. Some existing rules still apply, such as no flights higher than 400 feet or within five miles of an airport, but a new one requires every drone operator to register with the FAA – name, address, email, etc. – and every drone to be marked with that operator’s unique registration number. Experts believe up to 700,000 drones will be given as gifts this year, leading the FAA to make its long-awaited announcement right before the holidays.

Mortgage rates on the rise
As 2014 came to a close, most experts predicted that mortgage rates would rise in 2015. And they did the same thing a year earlier in 2014. And they’re doing so again this year. But one thing changed that increases the chances of higher mortgage rates next year: On Dec. 16, 2015, the Federal Reserve boosted its key rate 0.25 basis points for the first time in seven years. That increase has an indirect impact on long-term mortgage rates and a more direct, albeit small, impact on adjustable mortgage rates. Few experts predict a series of further rate increases in 2016, however. Some say the next one won’t come until June, while others expect a small boost every other time the Fed meets.

2016 real estate forecast
Florida’s 2015 real estate rebound “outperformed the nation as a whole,” according to Florida Realtors Chief Economist Dr. John Tuccillo. While the state ended the year “catching its breath after a very hectic late summer and early fall,” Tuccillo predicts that 2016 will continue to “settle down” as sales and home values rise – but at a less hectic pace.

“Against the backdrop of an expanding state economy with growing employment, home sales should increase by 8-10 percent over 2015 (numbers) and home prices (measured as actual value) should rise by about 5 percent,” Tuccillo says.