I serve the Disney area which consists of Osceola County, Kissimmee, St.Cloud, Hunters Creek, North Polk County, South Orange County, and South Lake County. I specialize in residential resales, commercial, raw land sales, acreage and commerical sales. Foreclosures/Bank Owned properties. I am proud to be a part of  Goodwin Realty & Associates, Inc.,  has won the prestigious 2001 Small Business of the Year presented by the Kissimmee/Osceola County Chamber of Commerce.

In 2000 I was a member of the FAR Executive Committee and Board of Directors. From 2000-2009 I was a member of Realtor-Attorney Joint Committee (which created the FAR BAR CONTRACT) I became Chairman in 2005. In 1999 I was a member of Florida Association of Realtors (FAR)and Vice-President of District 12, which encompasses Orange, Seminole, and Osceola Counties. In 1997 I became President of Osceola County Associate of Realtors, and in 1997 I was chosen as President of the Mid-Florida Regional Multiple Listing Services. I have also been Chairman of the Florida Association of Realtors Professional Standards/MLS Practice Forum.  In 1983 in the New Smyrna Beach Board of Realtors I was voted Realtor Associate of the Year, Realtor of the Year in 1991 and President in 1986. **In theOsceola County Associations of Realtors I was Voted Realtor of the Year in 1995 and1997.  In  1997 I was voted as President. I am a graduate of the Realtor Institute (GRI) I am one of  only 500 Florida Association of Realtors Members (124,000 members) who earned the Honor Society Award in 2005, ( for the 12th straight year).

Goodwin Realty & Associates was formed in 1973 by Linda Goodwin-Nichols. We not only sell condos and single family homes, but also commercial development shopping centers, raw vacant land and apartment complexes. We were a main player for RTC in our market and now are very involved in the foreclosure market for many bank REO companies. We also handle many commercial leases in the area. 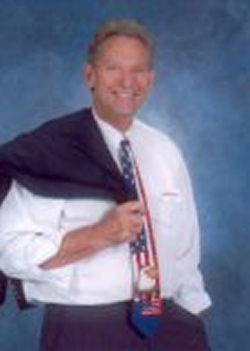 Connect With Us Now